As a young child, I loved my Uncle Dan as I loved all my other aunts and uncles. I didn’t have a distinct impression of him beyond the fact that his speech pattern was a bit slower and, unlike his other siblings, he lived with my grandparents in the San Fernando Valley. Thinking back, it was the posters, albums and other colorful and vibrant 70s-era memorabilia in his bedroom that made the biggest impression on me, rather than his disability. 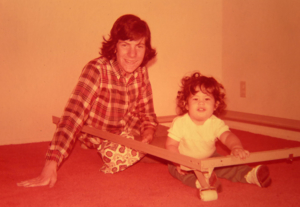 When I grew older, I learned that Uncle Dan had the umbilical cord wrapped around his neck at birth. That was why his speech was impaired and he lived with his parents. Beyond that, I never wondered about his not living on his own or having a steady job, he was just my Uncle Dan who I loved to play with, and that was how his life was.

My grandparents, like many parents of children with disabilities, wanted my uncle to be happy, healthy, safe, and secure. At that time, however, there was a lack of information and understanding in the medical community about how much was possible for people with disabilities. They were often sent to large, isolated institutions, away from their community and family. My grandmother has made me aware that besides a great deal of outreach for services and support, my grandparents could not locate appropriate resources for Dan in Los Angeles’ San Fernando Valley when Dan was younger so they had him at home where they could tend to his various needs.

In 2014, I started working at Easterseals as a director in the Marketing and Communications Department. Through this role, I engaged more deeply with the disability community and its service providers. I found myself filtering the topics that were presented, discussed, and debated through my own family’s experience.

Chief among them was the issue around aging caregivers.  My grandfather had passed away at age 90, seven years before I started my job, and my grandmother was approaching her 90s.  As we talked at work about the transition of the caretaker role from parents to siblings in many families, I found myself nodding my head. My Uncle Dan had moved up to the Bay Area with my grandparents after the Northridge earthquake and as my grandparents aged and began dealing with their own health issues, my aunt and another uncle in the area began taking on more responsibilities. 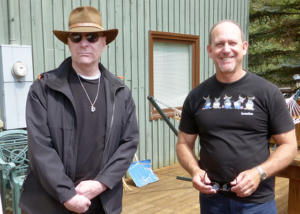 My family was fortunate that my Uncle Rick had worked in social services in many capacities for more than 40 years before his retirement and has a Master’s in Human Resources Management/Organizational Development, so he was already very familiar with the process required to secure Dan new supports through the local Regional Center.

Dan got moved into an apartment on his own prior to getting Regional Center services, but did not have adequate supervision to meet his needs and became extremely sick due to his Crohn’s Disease. As a result, the family realized it was critical to get Dan more services and Rick applied to the Regional Center.

After the paperwork was completed, and a wait endured, Dan was able to move into his own adaptive apartment and now has caretakers who come help him with groceries, cooking, cleaning, bills, shopping, other daily essentials, activities and transportation to medical appointments.

Since Easterseals does not offer the same services in the Bay Area as we do in Southern California, other agencies have been employed to offer supports. Thanks to my own career path with Easterseals, however, I was keenly aware that without Rick’s knowledge, things would have been infinitely more difficult for Dan and my entire family. 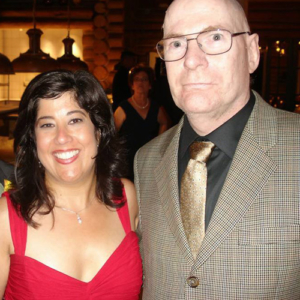 Working on Easterseals success stories, where individuals are able to live more independently in their community from a relatively young age, it is clear how critical service providers like Easterseals are for families like mine. The person receiving services needs to develop their autonomy, independence, skills, and confidence for their own well-being, and also for their family’s peace of mind in the future.

As Uncle Dan approaches his 60th birthday, and battles ongoing health issues, I realize how fortunate we all are for the resources that are available to him now, and I’m glad that others can now get support earlier in their lifetimes.

About the Author: Shelley Ginsburg-Brown

Shelley Ginsburg is the Director of Digital Marketing for Easterseals Southern California. She joined the organization in 2014 and is currently responsible for increasing online awareness for the life-changing disability services Easterseals provides for individuals in local communities and their families, helping them address life’s challenges and achieve personal goals so that they can live, learn, work and play in our communities.